Both these insects have names which are compound nouns. The second noun insect/moth in some way resembles the first, i.e. a stick/tiger. Rhinoceros beetle is another example. 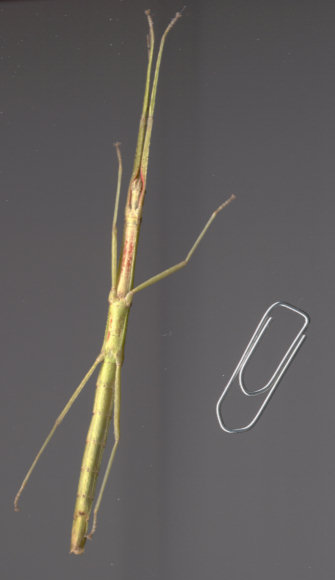 A picture of Carausius Morosus also known as the common stick insect. Photograph by Evanherk, distributed under a CC BY-SA 3.0 license.

In other words, the names of these insects can be infinitely recursive.

Of course, this isn’t restricted to insects names either. You can do it with any compound noun formed in the same way.