Recently I’ve been travelling around Iwate Prefecture. At Morioka Station I was grabbed by the name of a nearby department store. 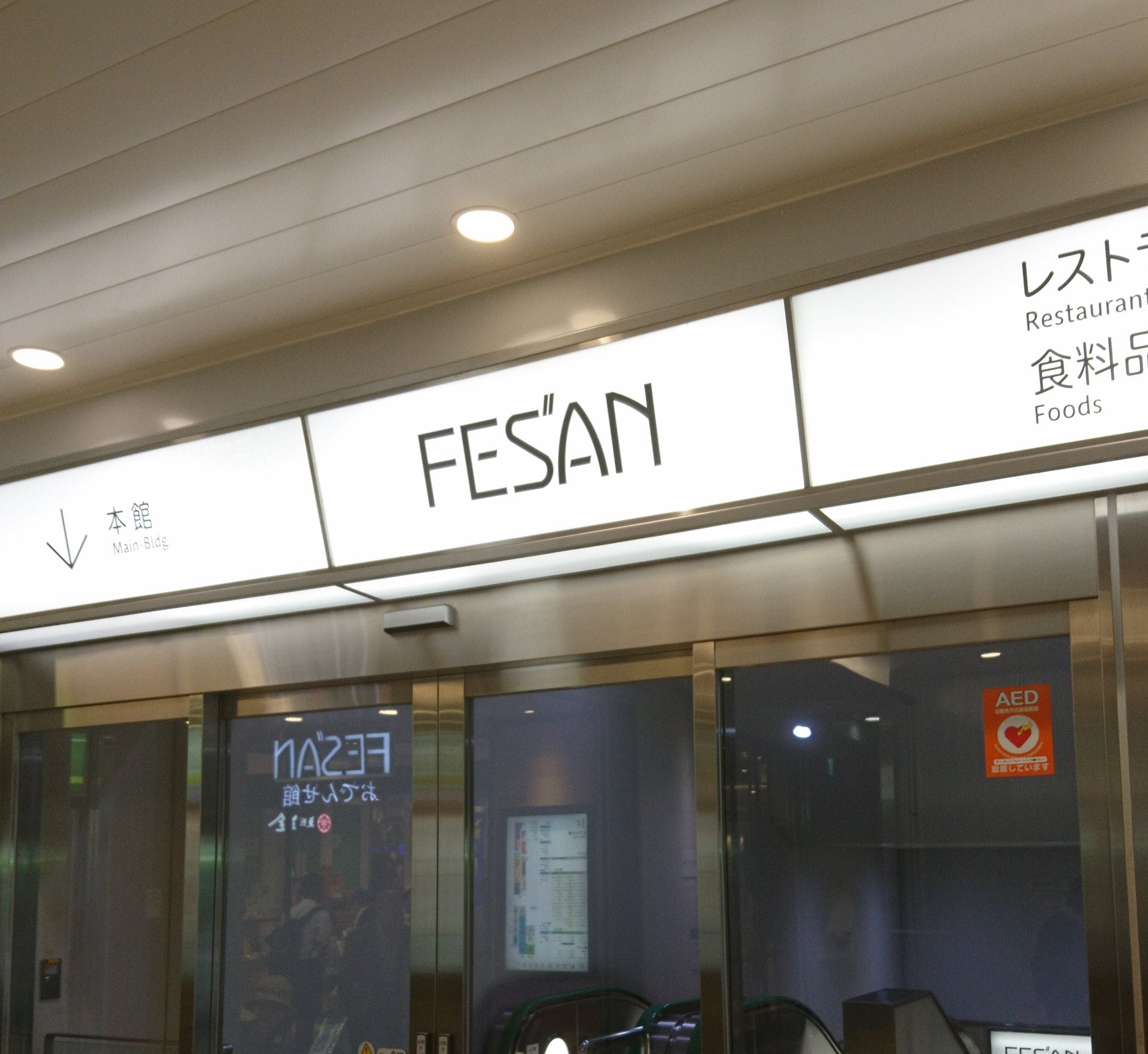 A sign for the Fesan department store in Morioka.

It’s interesting for a couple of reasons. Firstly, the name Fesan doesn’t seem to come from English or any other Indo-European language. The best I can find is the Old French fesan ‘pheasant,’ which seems completely unrelated. Given the tsunami of English-/European-sounding nonsense words in Japan, however, the word itself is fairly unremarkable.

What’s much more interesting is how you say it.

At first I thought the name was meant to be pronounced [fesan], more or less exactly how it looks. But I soon found the word written elsewhere in katakana. 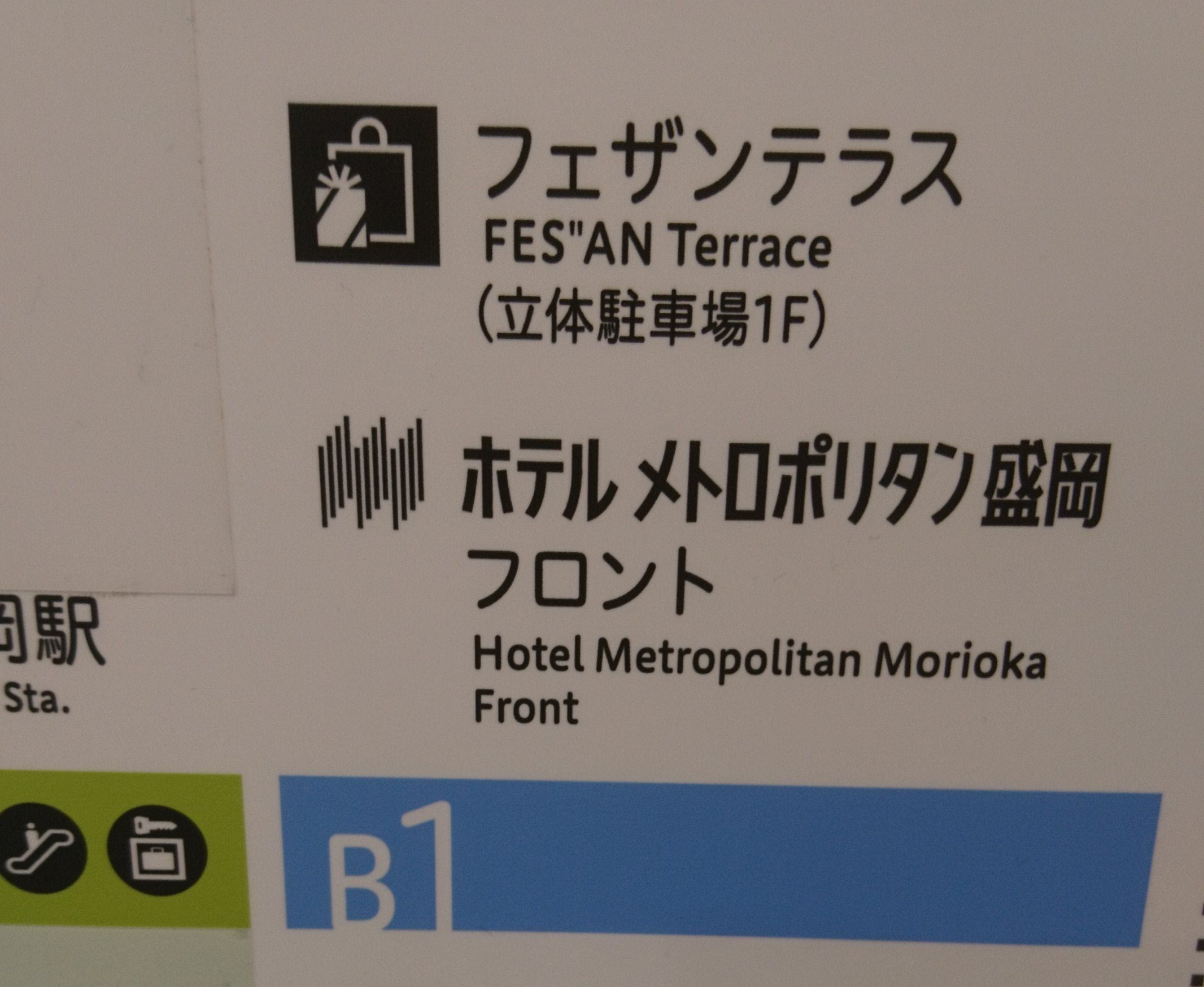 So the word is actually フェザン [fezan] – the [s] is voiced – making the sign an example of biscriptalism I haven’t seen before. Specifically, supplementing the Latin alphabet with Japanese diacritics. Instead of using the Latin character “z”, the sign uses “s” with dakuten/ten-ten ( ゙ ) ‘voicing marks,’ as per the convention for kana. Neat.