Another year, another set of books to optimistically commit to.

I had a blast going through last year’s list (with one exception, see below) and even managed to tack on David Peterson’s The Art of Language Invention and Gretchen McCulloch’s Because Internet too. Here’s hoping this year’s list is equally rad.

To my shame, this is the one book on last year’s list I never finished reading. Like every other time I’d started, the first couple of chapters was as far as I got. However, I’ll be damned if I have to put this in next year’s reading list, so 2020’s the year.

I’ve been wanting to read this ever since hearing Shane’s interview on Talk the Talk. Her book explores the foundations of artificial intelligence and its application in modern life. Naturally, there’s a fair amount to be said about language along the way.

Unlike an AI, Shane is funny, engaging and capable of generating long, coherent, naturalistic text you actually want to read.

The Prodigal Tongue by Lynne Murphy

I’ve only heard good things about this book, so I’d be mad not to read it. (The fact I know someone with a copy going spare is also an incentive.)

The Prodigal Tongue examines the differences between American and British Englishes through a sociolinguistic lens. While the topic may not be especially novel, Murphy has the wit, erudition and enthusiasm to make this book something special. Follow her on Twitter if you haven’t already.

I was first introduced to Houston’s writing via his wonderfully written deep dive into the history of emoji. Given how much I’ve enjoyed his blog, I’m salivating at the prospect of an entire book tackling punctuation.

For clarification this book isn’t a usage guide (ew). Instead it’s a historical survey of all that typographical paraphernalia we add to our writing. And boy, do I love historical surveys of niche, tangentially linguistic topics. Pumped.

The final items on my list are both written by key figures in The Linguisitics Wars by Randy Allen Harris, a book which featured in last year’s list.

Women, Fire and Dangerous Things is a classic. Or at least so I’m told. Reading Lakoff’s best-known work (or enough summaries and reviews to pretend you have) feels like a bit of a linguistics rite of passage. Including it seemed like the right thing to do.

While this book’s title lacks the overt sexiness of Lakoff’s, I’m strangely drawn to it. It’s like academic clickbait. There’s something about the formal-logic-for-dummies vibe that really appeals.

James McCawley, apart from possessing the best eyebrows in linguistics, seems to have been, by all accounts, a pretty awesome dude. So it’s interesting that, despite these glowing personal and academic appraisals, he’s not someone who gets much attention (certainly a lot less than Chomsky or Lakoff). I’m looking forward to giving his work some more exposure.1 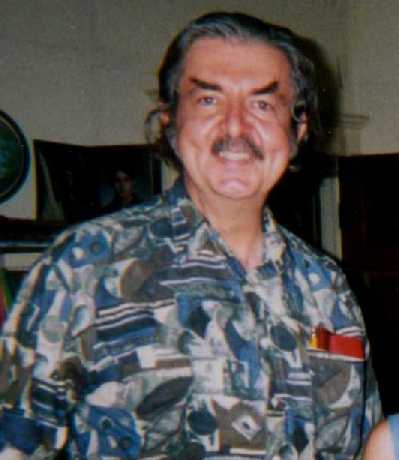 The best eyebrows in linguistics feat. James McCawley. Credit: Linguistics Department of the University of Chicago