Using Google Translate to generate poetry is something the folks at Language Log and elsewhere have been reporting on for a while.

Most of these experiments involve entering strings of non-Roman characters and letting Google Translate come up with nonsensical translations. To take an example from Language Log, this is what happens when you enter the hiragana character か a bunch of times. 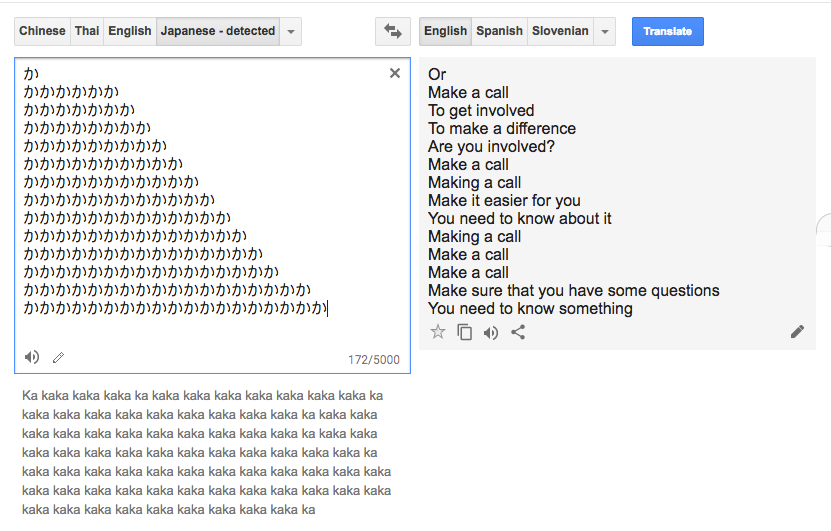 If you wanted a clear example of how machine translation differs from the kind done by humans, this is it. Give it a go. The results are uniformly baffling.

But what happens if you reverse the process and use a poem as your input? I sought to find out.

Who says you can’t translate poetry?

Here’s William Wordsworth’s ‘I wandered lonely as a cloud’ (commonly referred to as ‘Daffodils’) translated in to Afrikaans and then back into English. 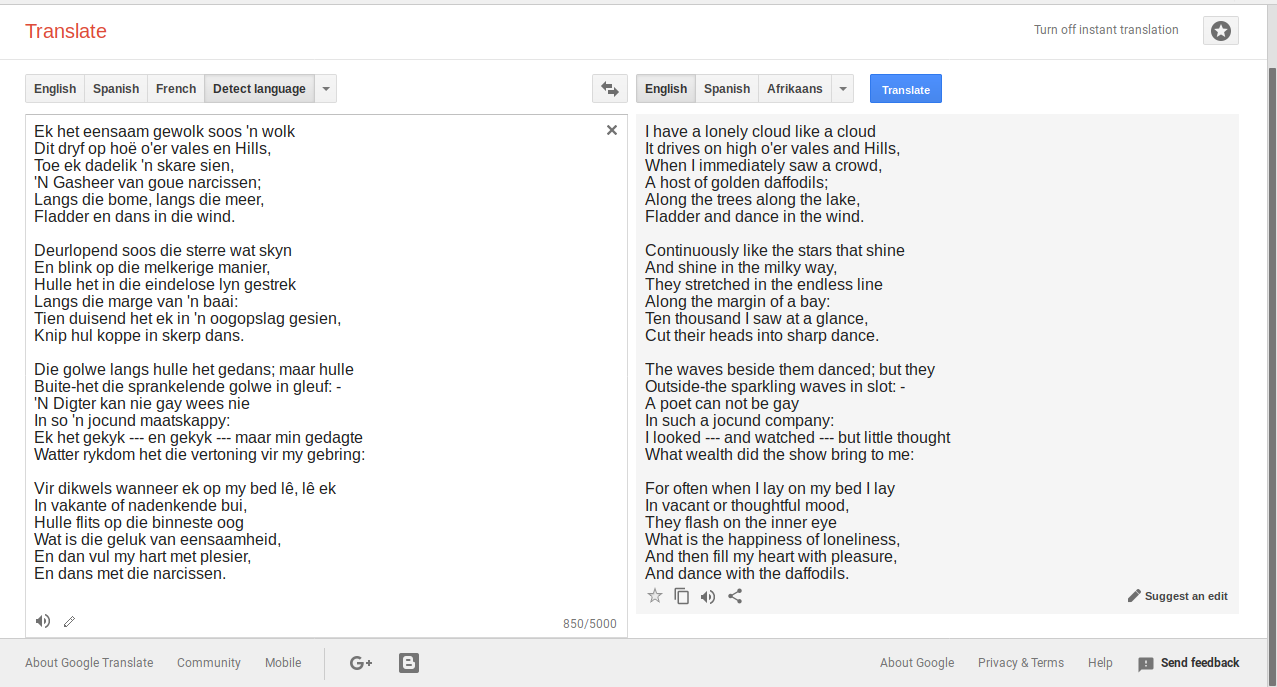 Daffodils translated to Afrikaans and back again - surprisingly unmangled.

Huh, pretty good. A few slip-ups here and there, but the meaning’s largely intact. You’d certainly be able to recognise what the original piece was.

Not surreal enough for my liking though. Time to step things up - translating the piece through multiple language pairs and then back into English.

Again, using Daffodils as my input, I had Google Translate produce an output in Afrikaans. But instead of translating this back into English, I went from Afrikaans to Albanian, the next language in the dropdown menu.

From Albanian, I went to Amharic. From Amharic to Arabic. From Arabic to Armenian, and so on. All the way through 102 different languages (skipping English in the middle) and then back to English at the end. Google Translate sometimes detected the input language incorrectly, so a bit of manual intervention was required every now and then. Screenshots were taken of each step in the process, although for space constraints you’ll just have to take my word for it. 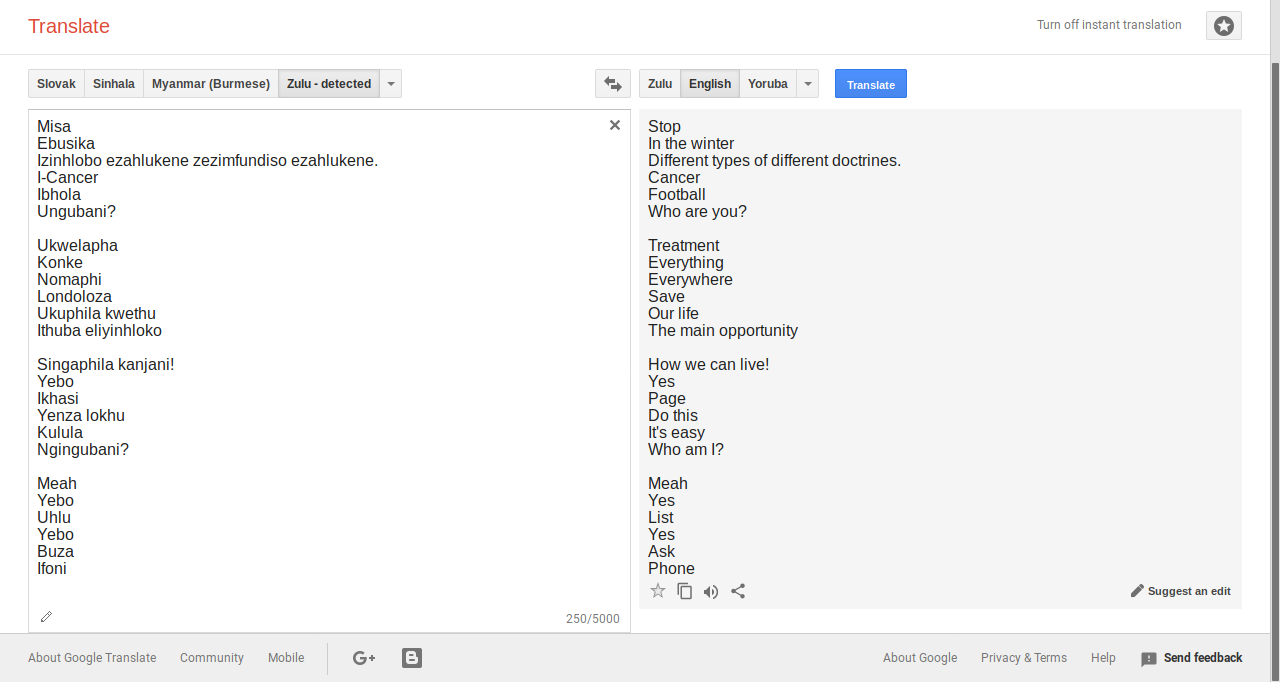 The final translation - Zulu to English

To make that a little easier to read…

Stop In the winter Different types of different doctrines. Cancer Football Who are you? Treatment Everything Everywhere Save Our life The main opportunity How we can live! Yes Page Do this It’s easy Who am I? Meah Yes List Yes Ask Phone

So, ah, yeah. No host of golden daffodils to be seen. I expected the final output to be weird, but not so drastically truncated. I’m guessing this is what the original would have been like, if Wordsworth were more into laudanum and slam poetry.